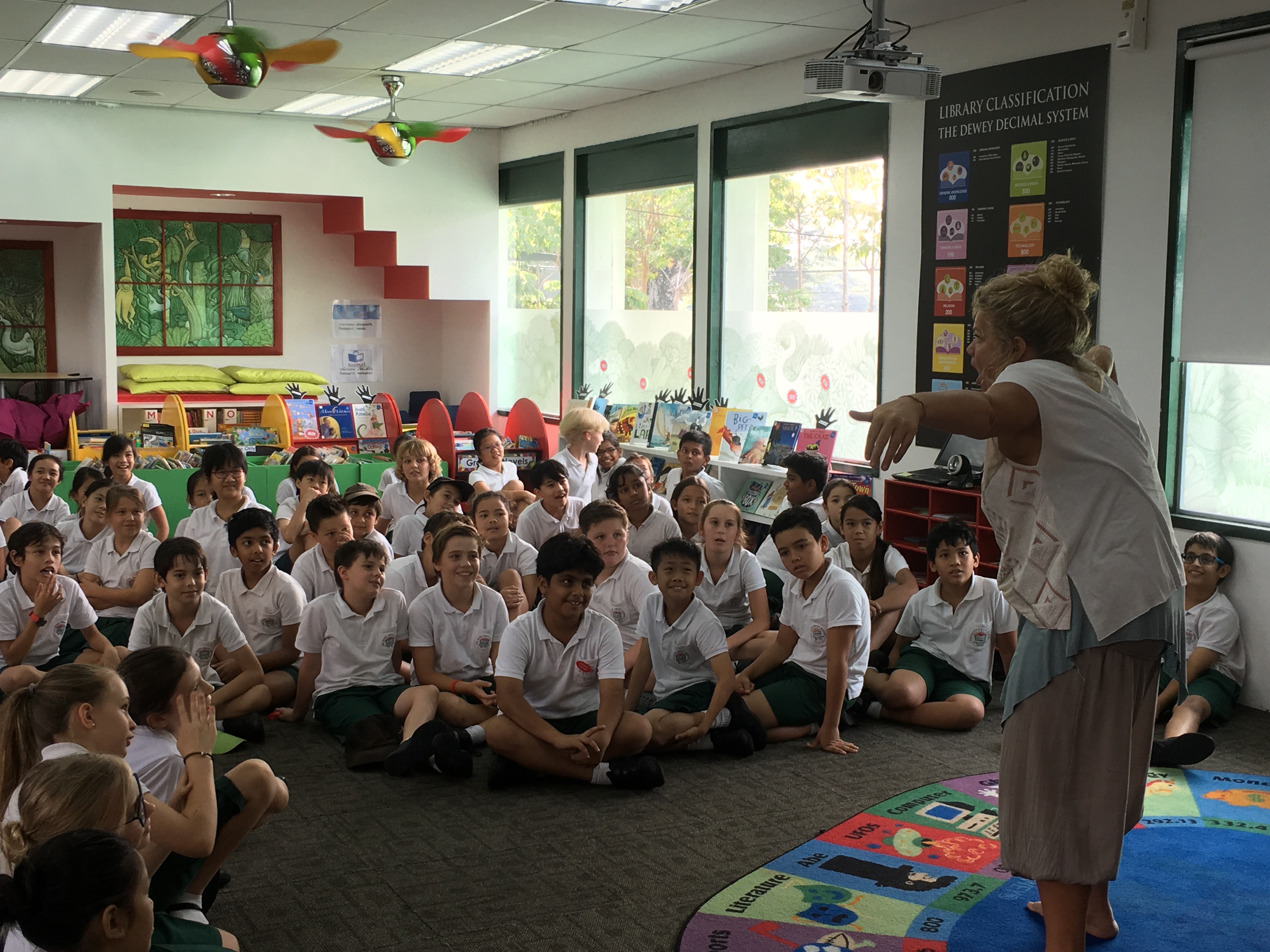 British Storyteller Nicky Bingham visited the library in March 2016 with an hour long story session for the whole of Year 6.

Nicky is a classically trained actress who previously toured children's theater around South America. For the last 6 years she has visited schools all over the world, telling tales to children from age 3 - 16. She told a story from Arabian Nights called ‘The Apple of Life’. Using only her voice, gesture, mime and movement - no props - she managed to conjure up multiple characters and settings which had the students rapt attention.

Her performance was very humourous and the children particularly enjoyed the Year 6 teachers getting involved! Hopefully, Year 6 will have taken on board some of these skills in readiness for their production. 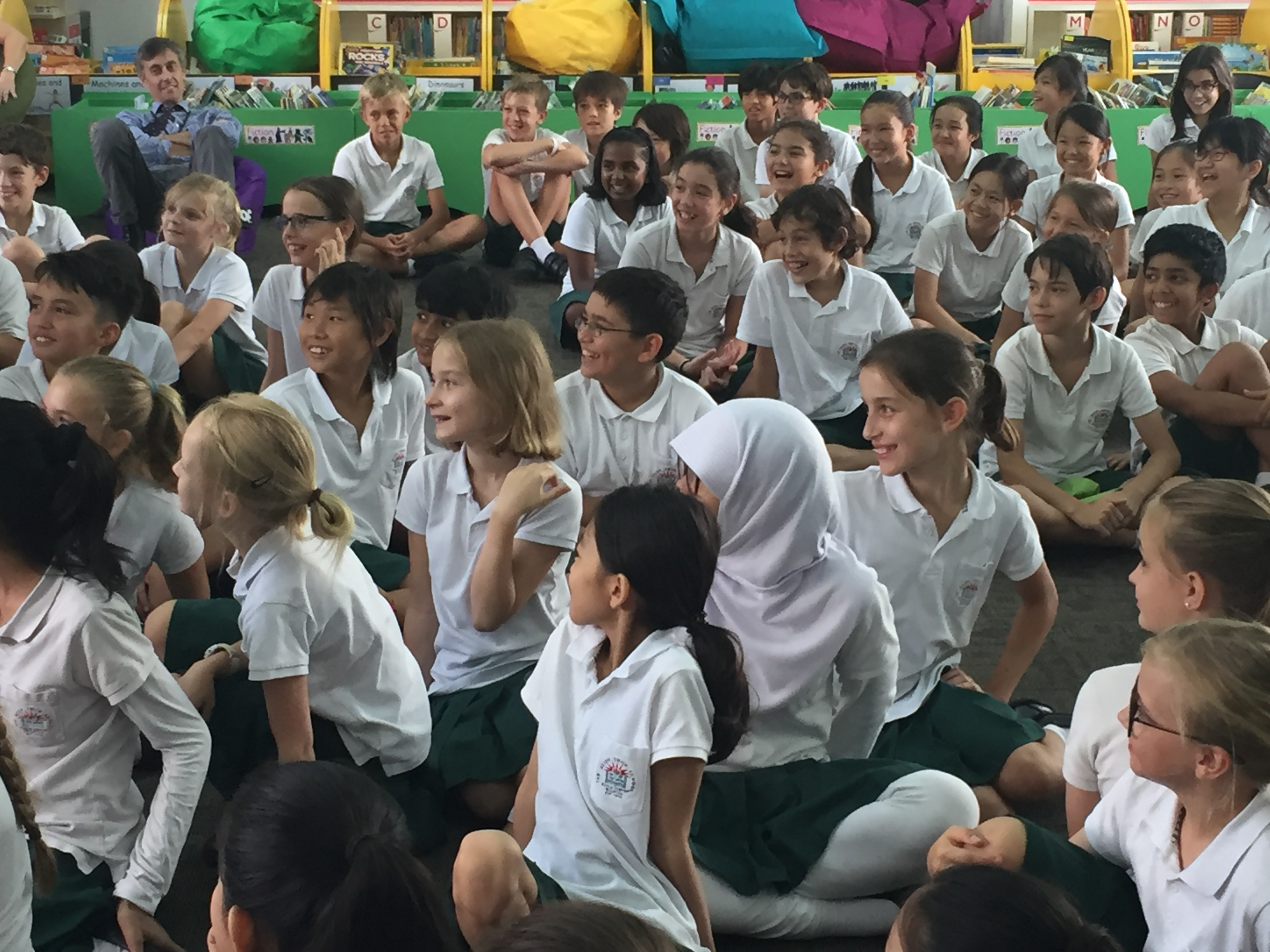